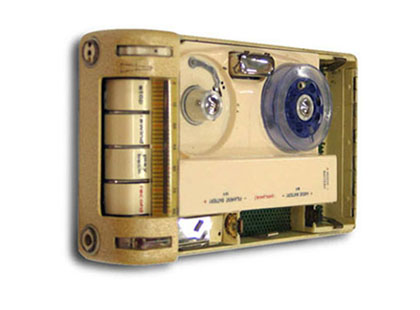 Before arriving in Australia, the Petrovs spent nearly twenty years inside the Soviet State Security system, gaining experience in operating secret agents in the field, working on cyphers and cryptanalysis. They had both risen steadily through the ranks, participating in and surviving Stalin’s purges of the 1930s. Vladimir was a false witness for the State at the Moscow Show Trials, whilst Evdokia was a minor bureaucrat in the area that administered the forced labour camps of the Soviet system, called the Gulags.

They arrived in Australia in 1951. Under the cover of being Russian diplomats, both were Soviet spies: Vladimir a Lieutenant-Colonel and Evdokia a Captain. Their posting to Australia was a sign of Moscow’s confidence in them. They were expected to continue the post-war infiltration of Australian Government Departments and political parties.

However, by 1954 they had failed to carry out their assigned tasks and had suffered a series of harsh rebukes from Moscow. The Petrovs blamed Moscow’s displeasure on a vindictive personal campaign against them from inside the Embassy in Canberra.

In April 1951 Vladimir Petrov had been promoted to Third Secretary at the Embassy and given responsibility for cultural and consular tasks. This provided the cover he needed for his regular travel to Sydney and Melbourne to carry out his spying activities.

Petrov’s intelligence role in Australia included decoding intelligence instructions from Moscow, establishing an illegal network of Australian spies, organising surveillance of Soviet citizens and undermining anti-Soviet activities by infiltrating Russian ‘emigre’ and Soviet refugee groups. It appears that he made little progress on all these fronts but instead became an enthusiastic participant in the seamier side of Sydney’s night life.

Evdokia provided clerical, cypher and operational assistance to the intelligence service, assisted the Soviet Ambassador and maintained the Embassy accounts.

On April 3 1954, Vladimir Petrov defected to Australia under top secret conditions. He was taken to a safe house on Sydney's north shore. Only a few ASIO officers knew of the defection and even his wife, Evdokia, was unaware of her husband's decision.