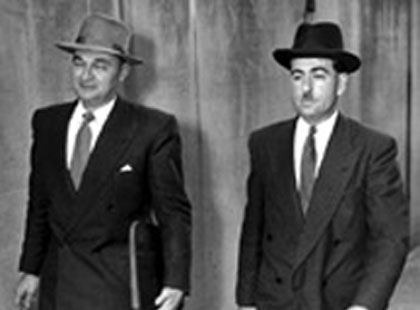 An illustrated timeline of the events surrounding the Petrov defection, including short biographies of the key players.

The following audio files represent a mix of contemporary recordings and selections from the Petrov Exhibition media launch, held in April 2004 at Old Parliament House.

— Michael Thwaites recalls his recruitment into ASIO and his subsequent relationship with the Petrovs. Old Parliament House collection.